Are you driving low or parks your car for weeks? If yes, then your vehicle is at risk of a dead battery, and you were in need of a jump start near soon.

During this pandemic as government institutions and IT, sectors are encouraging work from a home method. Many Americans had stopped bringing their car out on the road, causing the vehicles to park for weeks or months.

As a car sits ideal for weeks or months chance of the battery getting dead increases. According to Fly Towing specialist Mr. Gurbag Sarran, a car battery usually gets dead after letting it ideal for more than ten days.

Here in the article below, we will inform you few of the safest methods to jump-start a battery.

The safest method of jumping a dead battery:

There are three popular methods to jump-start a dead battery

1) By pushing the car manually or by rolling it from a steep hill.
2) Using a portable jump battery(a jump box).
3) Jumping using another car.

The most common is jump-starting using another car: In this process, the most essential tool you need is a jumper cable and a power source like a samaritan’s car or one of your friend’s car.

1) Park your car along the side of the car you are going to use as a power source or by facing each other. Make sure they don’t touch each other to prevent any potential damage to their body parts.
2) Turn the ignition switch off in both the car.
3) Connect Jumper Cable’s one end with your dead battery and the other end with the power source or a working battery.

Then connect the Black cable’s one end with the negative terminus of the donor battery and the other end with an unpainted metal part of the dead car.
Turn on the donor car so that it can supply current to the dead battery of your car. Let the donor car run idle for several minutes and check the lights of the dead battery’s car. If the lights and other electrical components are working correctly, that means it is enough charged to turns on the ignition key. Unclip all the red and black cables in the reverse order you had connected them and leave the car run idle for fifteen to twenty minutes so that it can charge the battery correctly. 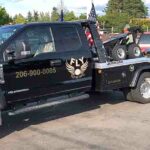 Towing services are very significant no matter which part of the world you live in... 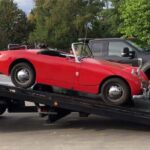 Driving is fun for many drivers. They enjoy dangerous safari driving through the toughest terrains.. 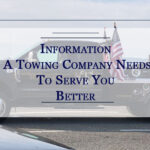 The experts believe it correctly that the services of the towing companies of SeaTac are..